By Roger and Sandie Scrivens

We lost our lovely young daughter Becky in May 2004. She was a victim of SUDEP – Sudden Unexpected Death in Epilepsy.

Despite having suffered seizures since September 2001, she was only finally diagnosed as suffering from epilepsy a few days before she died. We had no knowledge of SUDEP and in fact heard the term for the first time a few days after Becky died. Nothing can bring Becky back to us but, in her memory, we support the efforts of the charity SUDEP Action (originally known as Epilepsy Bereaved). They were there for us following our enormous loss and actively promote the raising of awareness of both Epilepsy and SUDEP.

We urge you, especially any of you who have children or know of friends or family who either have epilepsy or who have demonstrated symptoms, to visit the SUDEP Action web site at www.sudep.org. On that site, you can learn more about this much misunderstood condition.

Becky became a victim of SUDEP on a wet spring morning in May 2004, exactly 3 months short of her 12th birthday.

She suffered her first ever seizure in September 2001. She was promptly seen by a registrar at the local hospital but, despite all the clues (so obvious in hindsight) we were sent on our way with a “nothing to worry about, it’s probably migraine, we can’t do anything more unless the episodes become regular and frequent” message.

After a further 2 years of sporadic night time fits, those words of comfort converted to concern when seizures appeared during the first weeks of January, February and March 2004. We pushed our GP for a referral and were given an appointment to see a paediatrician who was adamant that Becky was suffering from migraines. He did, however, agree to arrange for her to undergo EEG and MRI scans for our peace of mind but stated that even if we were proven right, seizure control medication was “out of the question for a child of this age”.  We have subsequently found this statement to be totally unfounded. No mention was made of SUDEP.

When Becky finally had her EEG it did indicate that she was indeed suffering from epilepsy.  Three days before we were due to visit the hospital to discuss the MRI results, Becky passed away. A few days after her death we heard about “sudden unexpected death in epilepsy” for the first time. Even then it was in the form of a passing reference from the Coroner’s Office. Then some web searching uncovered the SUDEP Action site and our first viewing of the acronym SUDEP… and the horror associated with it including 3 epilepsy deaths every day in the UK alone.

Becky’s earlier life had, in hindsight, given clues to her epilepsy. She appeared to have early learning difficulties. Was she a dyslexia sufferer? We investigated but the results seemed to confirm that she was actually a very bright girl who often just “drifted off” for brief periods. These absences were probably early signs of her epilepsy. In fact, during the last months of Becky’s life, she complained of brief ‘flashing light/bright colour’ visual disturbances on a daily basis and was concerned that her teachers may think that she wasn’t concentrating during lessons. These daytime experiences continued to be diagnosed as migraines up until her death.

Becky was a beautiful, fun loving, intelligent, caring girl who was much loved by all who knew her. She was clearly highly respected amongst her friends who, we subsequently learned, would turn to her when they wanted impartial, knowledgeable advice.

Becky had many friends, which was particularly evident from the number of both boys and girls who attended her memorial service. She was, however, a ‘girly’ girl who loved pretty things, particularly in pinks and purples.

Becky was addicted to crafts and would spend hours in her room making things, beautiful things, out of oddments. She could amuse herself quite happily. If we couldn’t find her we knew she would be in her room, her “special place”, making something. She loved to draw and also produced some very creative writing. In her last year at primary school, aged 10, she wrote a Valentine poem for a school competition. She was highly embarrassed when it was announced at the Valentine’s disco that she had won the competition!

HE LOVES ME?
By Becky Scrivens (Year 6)

Look at the stars twinkling in the night,
His eyes are like that twinkly and bright,
I feel a tap on my back tickly and light….
I turn round and look with fright.

He whispers, “do you wanna come to my house?”
I just stand there as quiet as a mouse

Although academically extremely bright, Becky wasn’t naturally good at sport or music but, having an older sister who excelled at both, she was always willing to try anything and give it her best shot! Her favourite pastime was attending a weekly drama class, which she absolutely adored. Becky loved to participate and be involved with others and always gave her best at everything she tried – be it at work or play! How we miss seeing the way she would have developed into adulthood.

She saw a lot of the world in her short time on earth – Italy, USA, Greece, Barbados, France and more. She absorbed cultural details. She was a hard and diligent worker at her schools and would undoubtedly have shone at university.

Becky’s inquest was held some five months after her death. We had no idea what to expect and found the experience very daunting. During the proceedings it became clear that up until that day, the Coroner’s knowledge of SUDEP had been extremely limited, to say the least.  We got through the day with invaluable support from SUDEP Action. We are willing to share our experiences of the inquest, via SUDEP Action, if this could help anyone in a similar situation.

We are striving to ensure that Becky’s death was not in vain. In the early days we worked with the local NHS Trust to improve the system for referring children with suspected epilepsy. For a number of years our efforts have been directed towards supporting the Education & Awareness programme at SUDEP Action which promotes awareness of the ways to reduce epilepsy deaths. Initially Roger joined SUDEP Action's 'Planning and Development' committee and subsequently served on the Board of Trustees from 2009 - 2017.

Over the intervening years, we have been invited to talk about our experience at pharmaceutical company events, 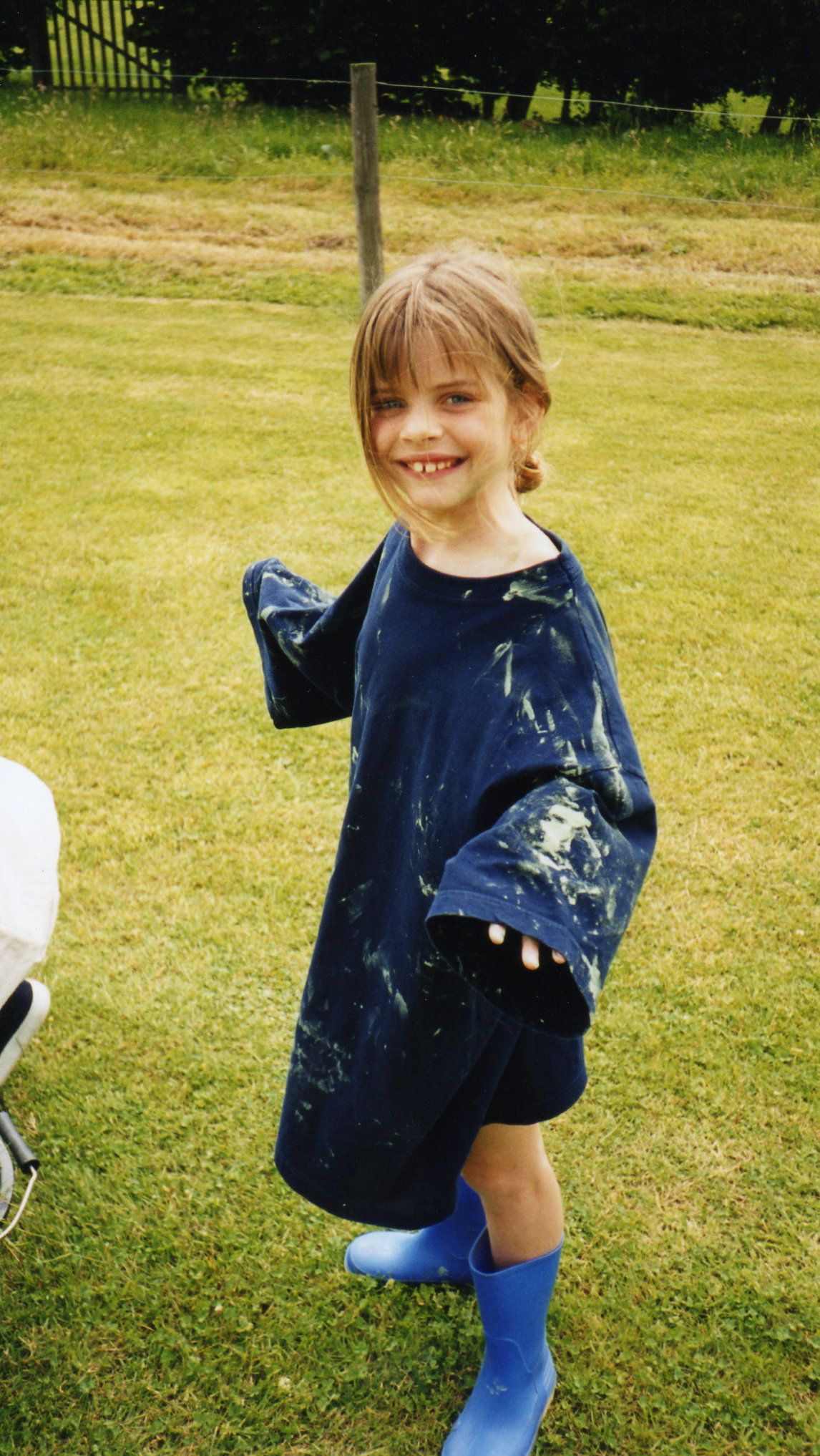 We have also spoken on local television and national radio programmes to highlight the importance of diagnosing epilepsy and raising awareness of SUDEP. We raise funds for SUDEP Action in Becky’s memory when opportunities arise. We have held quizzes, band evenings, dinners and a Barn Dance. We have also both run the London 10k many times and each year, the number of runners in Team Becky seems to grow. Roger was going to retire from running when he reached 70 in 2015 but he hasn't yet hung up his running shoes! A host of friends and family members continue to support our awareness efforts and Becky’s older sister, Lauren, has run a series of very popular “fete and farm experience” days in her sibling’s memory.

Our beautiful Becky is no longer with us – but her memory always will be.

The charity was formed in 1995 by 5 ladies who came together after losing loved ones to, what was then, the unknown condition “SUDEP”. Over the years SUDEP Action’s reputation has increased to the point where it is internationally recognised as the global leader regarding all aspects of SUDEP.

SUDEP Action exists to prevent epilepsy related deaths and is the only UK charity specialised in supporting and involving people bereaved by epilepsy.

Services the Charity provides include;

In addition the Charity is involved in many projects including:

To read more about SUDEP Action and the work the Charity carries out, visit www.sudep.org

All of the above costs money. If you would like to support the Charity's efforts in any way - many, many friends and business colleagues have already kindly donated funds - please visit the SUDEP Action web site at www.sudep.org  where, via the 'Support Us' page, various donation methods are described. Alternatively, simply send a donation to SUDEP Action, identifying it as being in memory of Becky Scrivens. Please give SUDEP Action your permission to share with us that a donation has been made in Becky's memory.

Please click on our 'NEWS' page for info on Roger and Sandie’s latest fund and awareness raising projects.